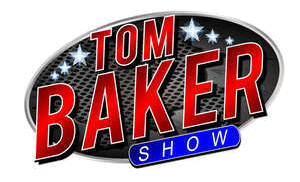 CHARLOTTE, N.C. — Steering Wheel Nation has announced the launch of its newest audio podcast, The Tom Baker Show.  The show is the revival of Baker’s ESPN Charlotte radio show that ran in 2012, but the veteran journalist and Sirius XM radio host says this version will be far more diverse in its content and guests.

“This is the fourth show in our growing lineup of diverse audio content. Each of our other three shows has a specific focus. Lead Lap focuses on racers and events in the Southeastern USA. The Inside Pass is our flagship show and focuses on the top series like NASCAR, F1, IndyCar and IMSA with analysis and unique guests.  Inside Groove is all about supermodified racing in the Northeast and Midwest.  I wanted a vehicle that would let me not just have fun talking racing and bringing a deeper dive into various aspects of the sport from the inside, but would let me expand into my love for music and business as well in a way that educates, entertains and has positive impact on the lives of those in our community. We have some very special guests lined up for future episodes of this show so we’re excited to add it to our lineup.”

Asked about frequency of new episodes, Baker said, “With us launching our new Steering Wheel Nation brand, we will start this new show as a monthly podcast just for a short time, but this will also be the first show in our lineup to also feature some video-centric episodes released first on LinkedIn through their “LinkedIn Live” video format, and then those will be available as audio downloads as well. So we will be doing a lot of different types of content with this brand. We encourage everyone to sign up at SteeringWheelNation.com when it launches in late April, as those fans will not miss a single audio or video version of the show because they’ll have it delivered right to their inbox.”

The first two shows are available for download now.  PRN’s At The Track host and media personality Lenny Batycki was the featured guest on the first episode.  Lenny talked about his beginnings as a BMX racer, before an injury changed his trajectory.  He started announcing BMX races, at one point being voted the best BMX announcer in the world.  He followed a path that took him out of the country, then back home in various positions in the motorsports industry.  One can’t-miss piece of this interview is Lenny recalling his days at Richard Childress Racing in the late 90’s-early 2000’s and being at Daytona with the team on the day Dale Earnhardt lost his life.  Lenny is the voice of two regional versions of PRN’s At The Track each week as well as many other races from grassroots to NASCAR tracks.

“Lenny is a great friend,” Baker said. “I had a blast talking with him about his career. He has been a great help and supporter to me in my work here in the south and I hope everyone will take the time to hear his cool stories.”

The second episode shifts the focus to the ultimate grassroots racing vehicle – go karts.  Tom catches up with well known kart racer and personality Tony “The Toe” Cirillo, who lives near New York City but can be seen traveling with his son Chris “Two Tenths” Cirillo to 4-Cycle sprint kart races in the region.

“I have spent some time racing go-karts on dirt and indoors on concrete,” Baker noted. “But I’m probably better known for announcing kart races like the King of Kings Shootout or the O’Reilly Auto Parts National Indoor Kart Championship. Kart racing launched a lot of our sport’s legendary racers careers, and Tony Cirillo is one of the true personalities and passionate participants in the type of karting known as sprint karting.  That features either two or four-cycle powered karts running on short road courses at places like Charlotte, Jacksonville and other circuits across the nation.  Tony’s interview is insightful and fun, and really puts across the history of that type of racing and its recent resurgence through the Cup Karts North America sanction. I am excited to bring this to our wider audience.”

The show will be available for download directly from Steering Wheel Nation’s website at www.steeringwheelnation.com, and fans can sign up on the show’s page there to have first access to future episodes and other show and show-guest related content right in their inbox.