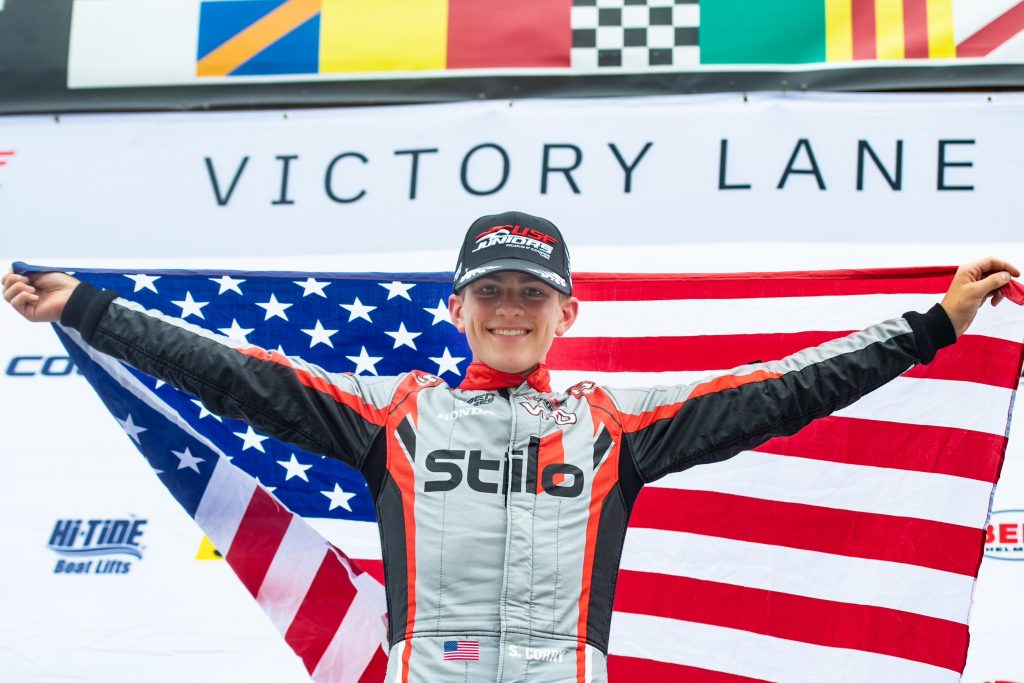 LEXINGTON, Ohio. – July 14, 2022 – Photo Credit: USFJuniors.com –Sam Corry, 14, of Cornelius, North Carolina, became the youngest race winner in the USF Juniors open wheel series at Mid-Ohio Sports Car Course last weekend. He outdueled series points leader Mac Clark in the first of the weekend’s three races to get the victory. The series is sanctioned by United States Auto Club (USAC) and is positioned as a first step toward a potential career in Indy Car.

Corry, who drives for Velocity Racing Development (VRD), was elated to finally break through with a win following a season full of second and third place finishes. He said the weekend started with a decent practice session, but then things got interesting come qualifying time. “Qualifying was kind of crazy. It had rained the night before, and then rained a bit before qualifying, so we went out on rain tires for one lap and then pitted, put on four new slick tires, went out and qualified second fastest, just 1/10 of a second off Mac Clark’s pole time.”

Corry started outside of series points leader Clark for race one, and from the drop of the green it appeared it may well come down to the two of them for the win. “I started working on Mac, just trying to force him into mistakes,” Sam explained. “We were pushing the limits every lap. I was driving, running laps off working on Mac and I got outside of him in turn five. Then a safety car came out for a caution so I couldn’t complete the pass. On the restart, I dove down on the inside going into turn two, or the keyhole as it is called. He made a really good block, so I hung the outside through that corner, got the exit shot down the back straightaway, went to the inside, hung two tires in the dirt, made a little contact but got away pretty clean and led the last four laps which felt like forever to take the victory!”

For the young racer, the thrill of victory was elevated by the place where it occurred. “What’s so cool about Mid-Ohio is that it’s such a driver course. There’s no drafting or anything like that and the cars are so even. Just to win on that course in itself is really awesome, but it was even sweeter because my father grew up in Ohio not too far from the course.”

The second and third races of the weekend were held on Saturday. In race two, Corry finished fourth after battling with the leaders the entire race. Race three saw him run second early but eventually settled for a fine fifth place run, giving him three top five finishes on the weekend.

“Race 2 was on me,” Corry said. “The track changed, and I did not make the proper adjustments in my driving style to compensate for the change. I was racing for the lead in our third race when another driver forced me off the track and into the dirt. I fell back but was able to drive up to salvage a top five finish. Overall, it was a weekend I will never forget. I was so pumped to earn my first USF Jr win at Mid-Ohio because it is truly a driver’s track. Along with my family, I would like to thank Stilo Helmets, Simpson Race Products, Red Line OIl, Fill-Rite, Punch’d Energy and all the VRD boys for the continuous support.” 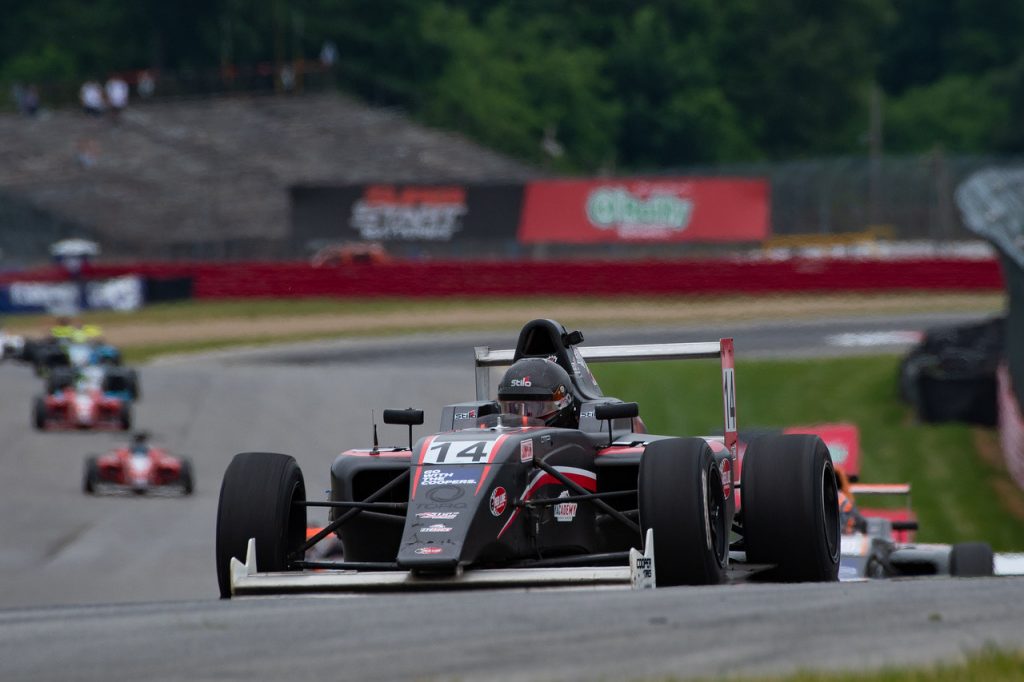