SAN DIEGO, Ca. — California racer Titus Sherlock could be one to watch in 2023.  Sherlock, 18, was among the sport’s up and comers who jumped at the chance to drive in the new USF4 Series that USAC Racing started this season.  The humble and personable San Diego resident studies through Keystone Online High School and says he will be pursuing a degree in Engineering to supplement his on-track racing education he is getting. After cutting his teeth in karts, he had a superb first year in cars last season competing in the Lucas Oil Formula Car Series.

Get to know Titus a little better in this edition of SWN Rising Star.

SWN:  Tell us a bit about your background, starting with where you’re from and what got you interested in racing? I’m originally from San Diego, and my passion for racing came from my dad. He raced all types of things including skateboards and off-road trucks. When I was four, I started racing BMX when my mom wouldn’t let me get a dirt bike. My original passion was two wheels, not four. I really wanted to be a Supercross rider but as I got older, I became more interested in cars from watching F1 and IndyCar.

I would describe myself as a very calm driver. I don’t get nervous very often and most of my moves are very calculated. I would say my career so far has been an uphill battle. I started racing relatively late and I’ve always been racing with people that are more experienced than me. But in the last couple years the hill has evened out a bit. I have had some good seasons and some bad seasons but as I’ve gotten older and more experienced, I’ve started to iron out the mistakes more and looking forward I need to make sure I perform at the best of my ability.

SWN:  Talk about your decision to take racing more seriously at 14 years old, the progression from karts to open-wheel cars and share a few career highlights with us (wins, awards, etc.)?

I had done a couple of days in a go kart here and there but when I was around 13, we started racing consistently. I attended the 2017 United States Grand Prix and that re sparked my passion for racing and it made me want to succeed more than ever. When I was 14, we started going to regional and some national level races preparing for the step up to race cars. Last year I made the step into Open wheel cars in the Lucas Oil Formula Car Series. We had a pretty successful first year in cars finishing second in the championship. I ended the year with three wins, 14 podiums, and the hard charger award. At the start of this year we won the Lucas Oil Formula Winter Championship in preparation for our main campaign which was the brand new USF Juniors series where we finished off the season eighth overall in points.

SWN:  What led you to your current team to race USF Juniors, and talk about this first season – the challenges and accomplishments?

I joined Crosslink-Kiwi Motorsport for many reasons. They have been at the front since they started the team. And everyone In the team is very friendly and we get along well. They are also located near me in Texas which is very convenient for testing. This first season with them was quite a challenge. We struggled with set up at times, trying to get used to the new tire. We also had a lot of bad luck with crashes and random flat tires. But we also had some highs with a podium and almost pole position at VIR. I learned a lot with it being my first year with wings and slicks and I’m going into next year with more confidence than ever.

SWN:  You’ve told us that your goal is to race in the Indy Car series.  Do you have any drivers or personalities in that series that you look up to or are currently trying to pattern yourself after?

I have always looked up to Josef Newgarden. When I first started watching IndyCar, he was the young talent coming through and to this day he continues to perform at a super high level. I wouldn’t say I am trying to pattern myself after anyone though. I am my own person, and everyone is on their own journey. I just have to focus on what’s best for me.

SWN:  Tell us about your team, sponsors and those who have contributed to your career so far.

I would like to thank everyone at Crosslink-Kiwi Motorsport for treating me like family all year long and for giving their best every single race weekend. I would also like to thank the Ronald McDonald House Charities for their continued support. My family has always been supportive of me since day 1 and I especially can’t thank my mom enough.

SWN:  Where can fans follow you to keep up with your progress as you head into 2023?

I am most active on my Instagram which is @titus_sherlock. 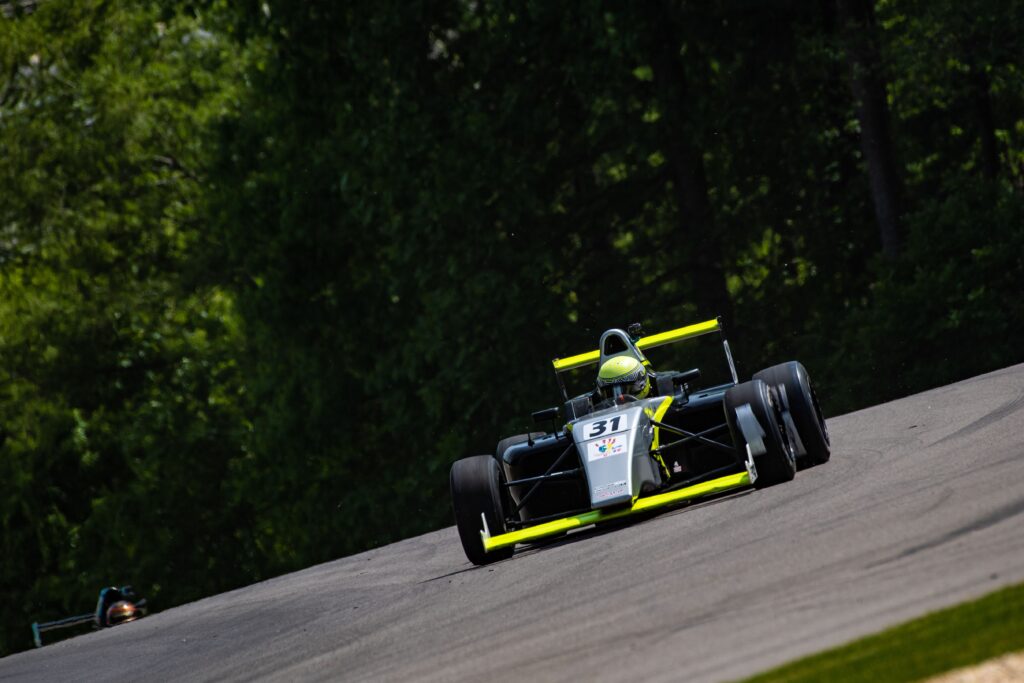